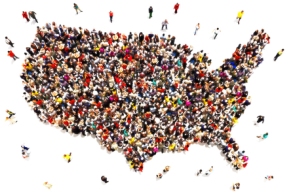 The reality of a President-Elect Donald Trump has not yet fully sunk in.  At the same time, I seem to be consumed with the thought of nothing else.  I am grateful and humbled for those of you who have given me your trust and a platform to express those thoughts.

It might sound like a cliche by now–the election of Donald Trump is a wake-up call.  This campaign should have been a wake-up call, but many just did not believe that his message resonated as strongly as it did.  Coming from a county that ultimately had 71% of voters casting their vote for Trump, I can tell you that the support is strong.

What I and many others are struggling with is why voters chose Trump.  Many on the left will say that it is a vote for racism, sexism, homophobia and xenophobia.  For some Trump supporters, I have no doubt that this was the reason that they voted for him.  But for many others–and I’m personally counting on it being most of his supporters–it was something else.

I’m hearing the voices of my Liberal friends who are thinking, “Maybe that’s not why they voted for him, but his sexism, racism, homophobia, Islamophobia and xenophobia is going to have a huge impact on his administration and presidency, and ultimately our lives.”  I agree.  And it scares me.  But as crazy as this sounds, that’s not what I want to focus on right now.  If that is your focus and the advocacy route that you are taking, I support you.

I have deliberately been focusing on staying positive–not positive in the sense that there aren’t serious, potentially catastrophic, concerns about a Trump presidency, but positive in that I am focusing on the things that I can do and on the best ways that I know to impact change.   For now, my focus is on these things:

I’m honored that so many of you have trusted me and given me a platform to try to make sense of some of this for all of us, and I’m going to do my best to live up to that trust.