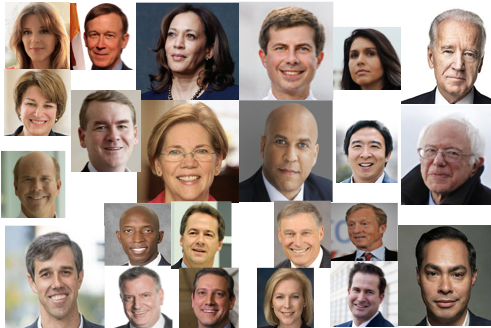 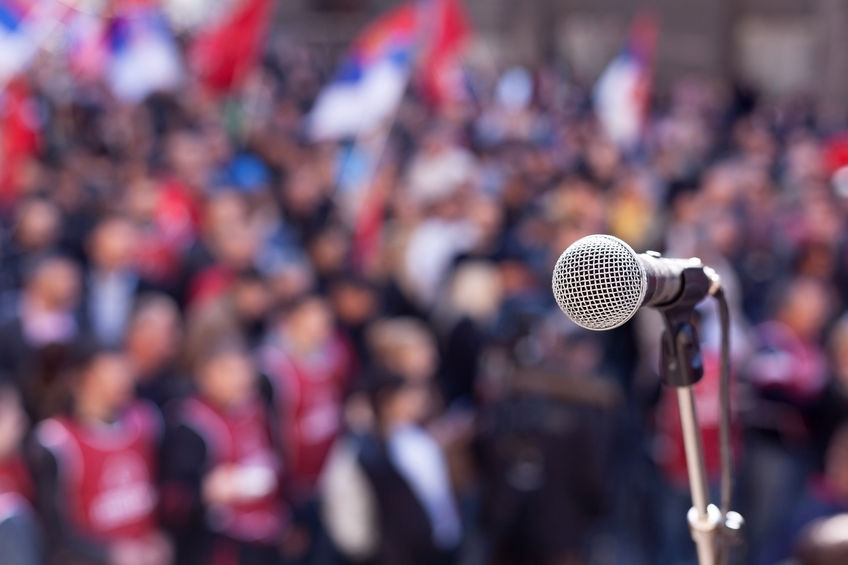 There are still a lot of people who don’t know who Pete Buttigieg is.  None of those people follow me on Facebook or Twitter, obviously, but they exist.  (If you don’t follow me, you might have missed part 1, part 2, or part 2A of this series.)

For those who do know who Mayor Pete is, they likely also know at least something about his husband, Chasten Glezman Buttigieg.  Chasten is a 29 year old teacher originally from Michigan.  (The Washington Post did a great profile on him, if you want a bit more about his background.)

And as a political spouse, Chasten Buttigieg is pretty much the perfect “running mate” for Mayor Pete.

Chasten speaks his own truth.

Chasten left his teaching job in January (at least temporarily) to join his husband’s campaign.  It is not uncommon for a spouse to tag along on the campaign trail, but Chasten is no tag-along.  In addition to joining his husband at events, Chasten often makes appearances and speeches on his own.  His role on the campaign is not as a surrogate for Pete, but rather as a messenger in his own right.  Chasten speaks his own truth, draws from his own experiences, and focuses on his own priorities.

In a CBS Sunday Morning interview, Pete talked about Chasten’s visibility in the campaign:

Chasten is one of the more visible spouses as these things go and that’s not a function of our gay marriage, but that’s a function of who he is and how he brings so much to this process. 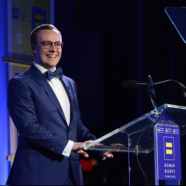 Given his background in theater and education, Chasten is often found visiting organizations that emphasize education, the arts, LGBTQ issues, or issues impacting young people.  He understands many of the challenges that exist within those spaces, and he’s able to translate where the vision of the Buttigieg campaign intersects with the needs of those communities.

And I’m sure Chasten, himself, would want folks to remember that he spoke at an HRC event several weeks before his husband did so.

In many ways, Chasten serves as a counterbalance for his husband.  And while I suspect this may be true in their marriage, I can only speak to the public perceptions of who Chasten and Pete are as people.  But, so the saying goes, politics is perception.

Where Pete’s personality can be perceived as more reserved, calm, intellectual and serious, Chasten balances that with wit, humor, and a willingness to be a little silly sometimes.  Not only does Chasten’s humor bring welcome levity to what can be a really dry process, but he’s also able to share personal moments and stories that humanize his husband.  As a politician (as Mayor or Presidential candidate), Pete can certainly choose to be funny, but he can’t be perceived as being less than serious about the job or the process.   Chasten, on the other hand, can tease him about the consistency of his message by encouraging Twitter followers to create Town Hall Bingo cards,  announce to the world that Pete is a Hufflepuff, or acknowledge that some standards in campaign fundraising are just dumb. 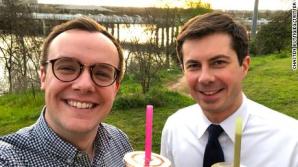 In addition to a counterbalance in personality, the backgrounds and experiences of Pete and Chasten are quite different.  While Pete is an only child of university professors and a first generation immigrant, who went to Harvard and Oxford largely on scholarships, Chasten was one of three sons of small business owners and he worked a number of different jobs to put himself through school.  While Pete came out in his 30s to parents who were immediately supportive, Chasten came out as a teenager and left home temporarily because he felt unsupported and unwelcome.  (His relationship with his parents is reportedly great now, and I do not pretend to represent or even know the full story.)   The two backgrounds provide really rich soil when talking about how policies impact every day lives – and it would be more difficult to use Chasten’s story if he were less visible.

Where Pete has shown the most vulnerability is when speaking about his struggle with being gay as a teenager and a young adult.  In a speech to the LGBTQ Victory Fund, Pete admitted that he would have done anything to not be gay as a teenager.  It was a powerful admission – honest and likely to resonate with many gay and lesbian listeners.

However, that same story might be perceived differently by the listeners who, due to any number of reasons, just did not have the option to be closeted or to “pass” as straight for much of their lives.  It is here that Chasten’s story might resonate: a young man who found safety in the theater program, studied abroad to get away from high school, came out in his late teens, left home for awhile due to a lack of parental support, and was a victim of sexual assault in college.

I am aware that much of what I’ve said above is true because the world is problematic. 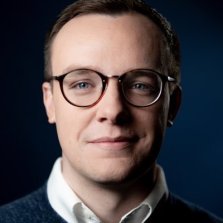 It has not escaped my notice that the existence of sexism and homophobia have a lot to do with why Chasten’s role in the campaign works so well.  If Pete were a woman, there would be a concern that a husband playing such an active role would make the candidate appear weaker in comparison.  If Chasten were a woman, quitting a job to join your husband’s campaign would be perceived as giving up on your own dreams for a man.  And if Pete, as a gay man running for our nation’s highest office, were to be the one who talked openly about being the victim of sexual assault, it would make far too many people uncomfortable and uncertain how to process the information.

The world is problematic, but what Chasten brings to the Pete for America campaign can do so much to change that world for the better, even as it benefits from those privileges.  And I know that I’m not alone in hoping that Chasten continues to be an active voice in this campaign.

I’m updating this post with a video from an event last night (May 17th) that was happening at the same time that I was writing this.  Chasten spoke to educators in Philadelphia, and… it’s just really worth your time to watch.